I have decided if possible, when abroad on holidays or on a trip, to make a flight in a this place to fly in a different environment that I am used to fly normaly.

On this manner I learn new airports, gain new experiences and discover different places and enjoy flying. On this visit of my homecountry Slovakia I wanted to fly along and above our highest mountains Tatra (2.655 mtrs ASL) and simply enjoy the views. Unfortunately the weather conditions were bad so we had to head the other direction and the mountains will have to wait till the next time.

We took off around 18 hours local time from Ocova aerodrome (LZOC) from a nice grass strip (RWY 08) on board of a light plane Dynamic WT9 (OM-AKB) heading my hometown Banska Bystrica to take some pictures and to enjoy the views.
Over the city I handed over the controls to the safety pilot (FI as well) and he performed some steep turns so I could make better pictures 🙂 :-). It was fun to put the plane in this position. 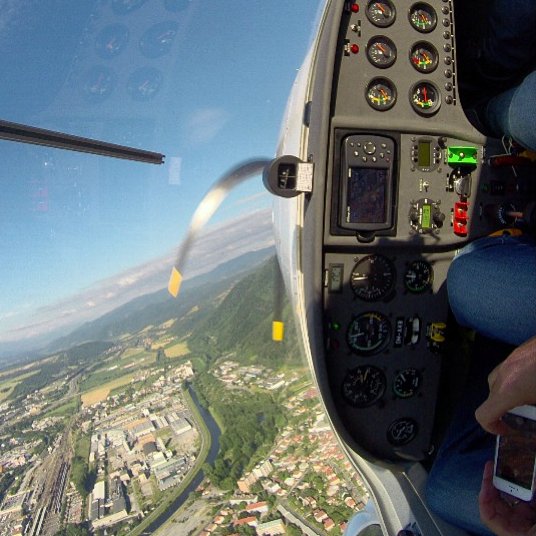 Following the highway and the gps we headed southwest to the City called Nitra (LZNI). As I am not used to fly from and to grass strips, it is for me more difficult to recognize the (air)fileds. To be honest, I was just above it and was still searching for it. 🙂 🙂

As there was nobody, we continued the flight to Partizanske (LZPT), made a low pass and continued to Bojnice.

After two 360′ turns over Bojnice we took a couple of pictures and landed on the close Prievidza (LZPE) strip.
On this occassion I was able to spot the strip, which I was very proud of, but on final I was not sure, which part of this bright field is the part I should land on. Green is green, somehow everything looks the same. Haha 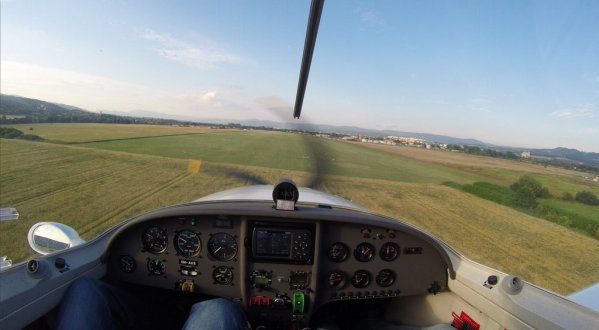 At this aifield there is the factory where our plane was made (Dynamic WT9).

I was realy surprised how good the local club restaurant was. After having a great cabbage soup, we continued our flight home. Initialy we have climbed up to 5.000 feet and flew over some nice mountains followed by descent and low pass on Sliac airport’s RWY 36 (LZSL).

After departure right turn into the dusk and after a couple of minutes we have landed back in Ocova (LZOC). Can’t imagine any better idea how to spend an evening than going for a dinner to another airfield by a plane. 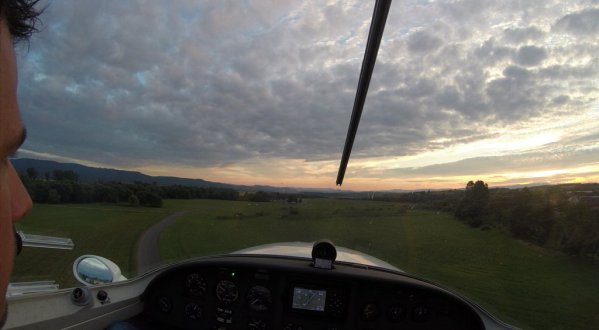 Landing at Ocova at dusk

PS. The best thing is, that they are no landing fees to be paid on these grass strips!