Earlier this week I was lucky to ferry my schools plane (Diamond DA40, reg. EC-MHQ) from Spain’s mainland down to Gran Canaria.
Something that has been on my “To-Do List” for a long time: to fly a plane from the mainland Spain to the Canaries (the other way up would be great as well) and was able to brake some of my personal records:
I flew 800NM just in one day and logged 7 hours of flight!

With our technical stop in Essaouira, for me this was the 3rd time to visit Morocco and the african continent; and the 3rd visit by a plane and flown by myself.

We have arrived on Sunday at Jerez de la Frontera, and we had practically the whole afternoon available to do “something”. So we went to see Moto GP at Circuito de Jerez. I’m not a huge fan of motorcycles, but the circuit is famous, so if we are there, why not to experience it?

After Moto GP was finished, we went to Jerez de la Frontera city, walked a bit around and ate something. Most of the bars and restaurants were closed on Sunday; maybe we should have went to the beach instead :-).

But the City is nice anyway… 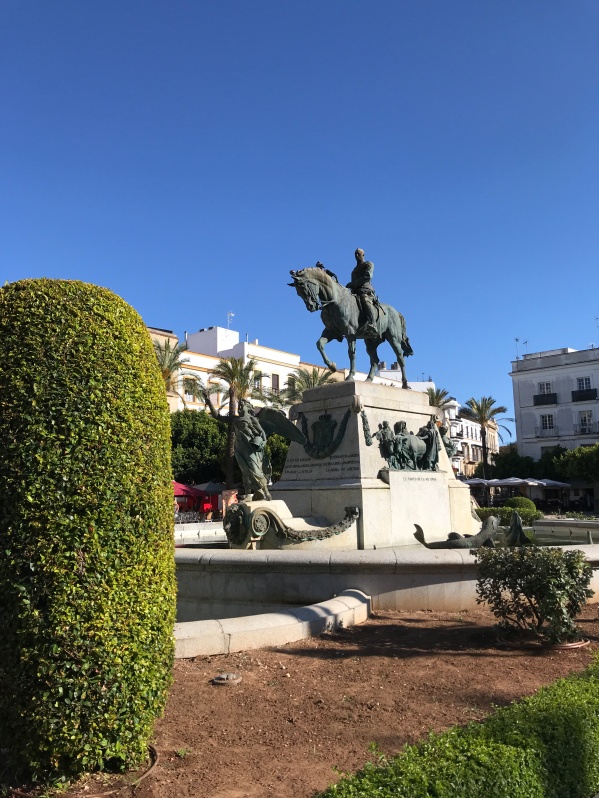 In the evening we have visited Gibraltar, I simply had to cross the runway be feet. 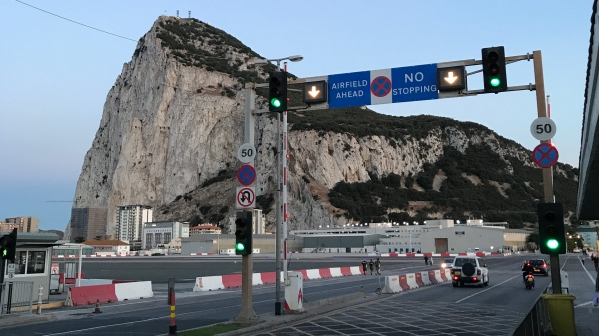 About to cross the RWY at Gibraltar airport 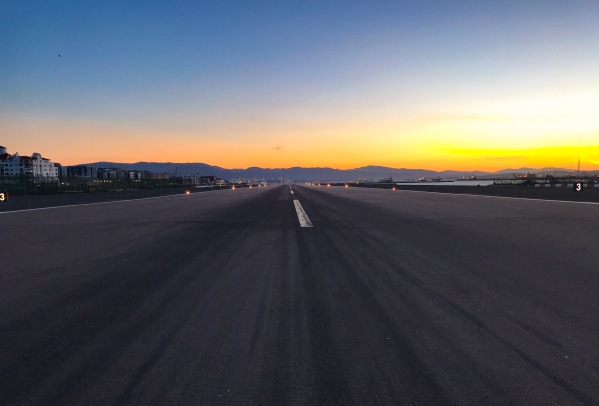 On Monday morning we were ready to start the adventure. Well, at least for me it was the first time to do such a long flight and I was really looking forward to it…

Recently I’ve purchased a new app for navigation called Foreflight; I’m still discovering all its functionalities but it was a great help with the planning of the route.

Literally by selecting the departure and arrival airport I was able to get the IFR route for our flight with the complete briefing (MET, TAF, NOTAM, METEO, WINDS, etc…). Of course I did my planning in advance and printed all the necessary Jeppesen charts needed for the route.

Foreflight’s taxi diagram helps to improve the situational awarness on the ground, specially on an airport you have visited for the very first time and makes taxying much easier. I was really nicely surprised how it worked.
Now back again to our trip.
Actually I’ve learned, that a ferry flight is a mission. A mission to get the plane from A to B. First there is the planning and the expectations, and on the other side there is the reality (with its complications)…
You expect to depart at 10am, but actually you depart 2 hours later… Waiting for refueling, paperwork issues, troubleshooting, etc etc. I can imagine that the “ferry flying” is a lot of action and asks a lot of flexibility, creativity and pacience. But it’s also fun, when the mission was a success.
So let’s begin.
Our plane was stored in a hangar, so the expectation was to find a clean and shiny plane, but not surprisingly the reality was different; there were a lot of birds inside the hangar, so our plane literally looked like a piece of s**t…

Our plane was full of bird s**t…

We got the plane out and had to wash the wings, canopy and windshield before starting the journey. On the other side I was happy to have a clean windshield… 😀

And the plane is clean again…

Then we needed to refuel… After waiting a little bit, finally the fuel track appeared on our place. Happy! He takes the fuel cap off, starts (almost) to pump the fuel and then suddenly receives a call from his office to not to refuel… Despite of asking him to wait, to call the office, and ask what’s wrong, he says: I’m gone… And he was gone…

Seems there was some misunderstanding in the office and they were not sure how to charge the fuel so they just called him and cancelled on this strange manner the refueling process.

Phoned the office and cleared the misunderstanding. After the phone call, 10 minutes later the fuel track appeared again… Lucky enough it didn’t take too long. And this time filling our wing tanks with JET-A1.

Ready? Nooo… As we have planned a technical stop in Morocco, which means that we were about to leave the European Community, we had to get out of the airport again, get a handling company and pass the passport control to be able to depart.
In the meantime, we were also asked to do some modifications in our flight plane (to put our names in it), which I was able to do on my Ipad. Called the operations, got the confirmation of the changes and was looking forward to meet our handling agent (Iberia). They have prepared all the necessary paperwork for us (for around 13€) and we were ready to pass the security control.
Again one step closer. But there was still one more thing pending: the customs… They were expecting us earlier at the check point, but as we didn’t arrive, they were gone… So we had to find them back first, and wait again.After passing the control we were finally able to get into handling agent’s car which brought us finally to the plane.

Waiting for the customs

Now we are ready to go!

Preflight done, jumped in, got the taxi authorization and let’s go…

Taxying and reading the checklist 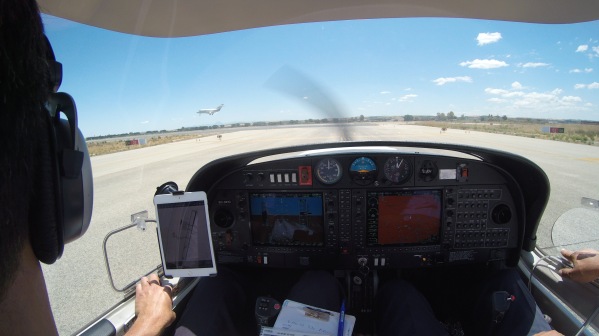 After the departure, we were cleared to fly direct to VJF and the finally the journey had began.

In the second part I’ll share some images from the flight.