It has been a while since my last flight, the meteorology was not the best one, so I had to wait long to get airborne… Then maintanence on the piper had to be done so I´ve decided to fly again the club´s Reims 172.

I have purchased a second Gopro, this one is the latest model Gopro Hero3 Black+ and the difference between the White and this one is huuuuuge! The quality of the picture is much much better than of the White model. They shouldn’t be selling this model (white), as it is realy bad.

Today there was a very nice visitor to the Tenerife North Airport; the Beechcraft B-200 Super Kingair, privately held, was resting on the ramp. The plane was there already for a couple of weeks. 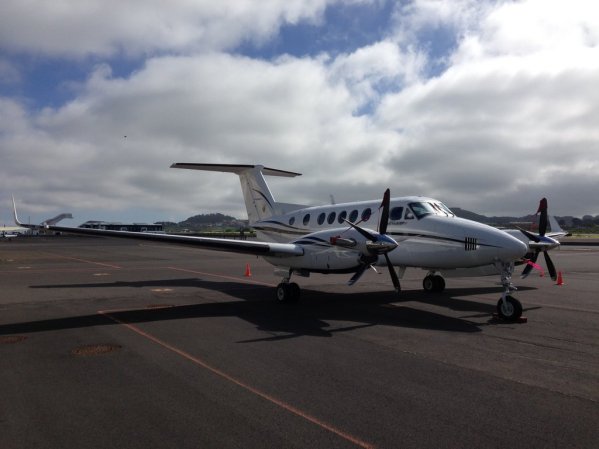 My today´s flight was scheduled with the club´s Reims 172 (the european version of Cessna 172). The last time I flew Cessna was 13 months ago… So why not to try it out again, to enhance my flying experience? 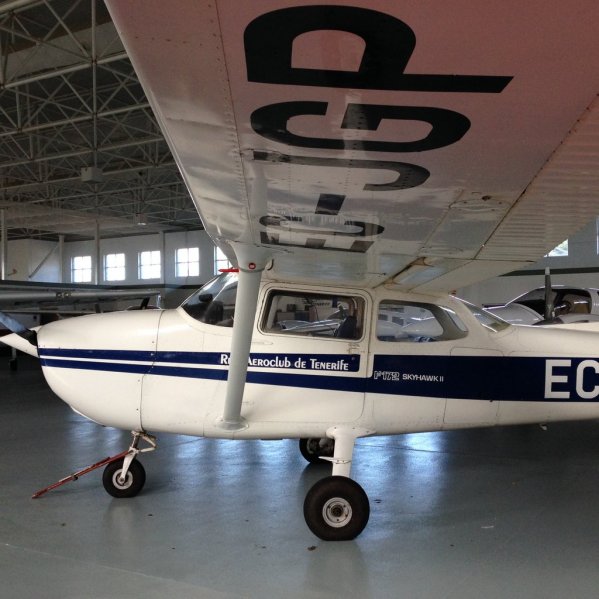 I have polished the windshields and have installed my 2 Gopro´s; of course, that the cheaper version was installed outside on the vertical stabilizer ;-). Using a lot of duct tape to secure it on the plane. I have spoken to the maintenence guy and they are going to install there an adhesive, which will offer a better views and will be easier and quicker to install, as it won´t be necessary to clean and polish the surface, etc… 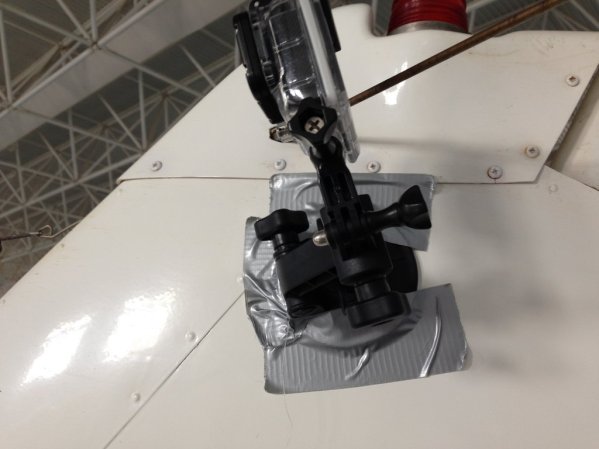 Gopro Hero3 White on the Rudder

The new Gopro Hero3+ was installed inside and connected to the Intercom to record the ATC communications, which worked perfectly. 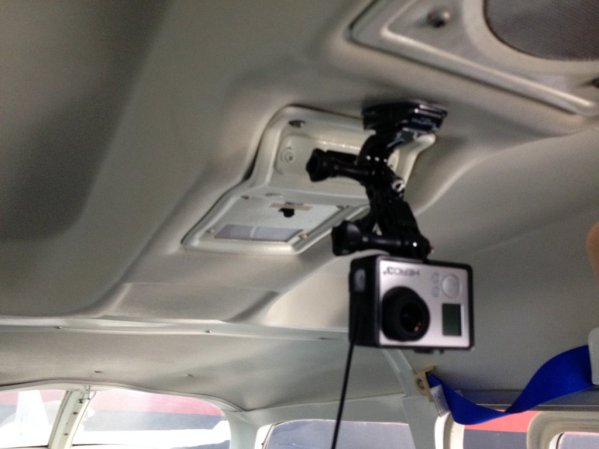 Here you can see the connection between the camera and the Intercom to record the ATC communications. To see, what do you need to connect it, you can read more in my previous post. 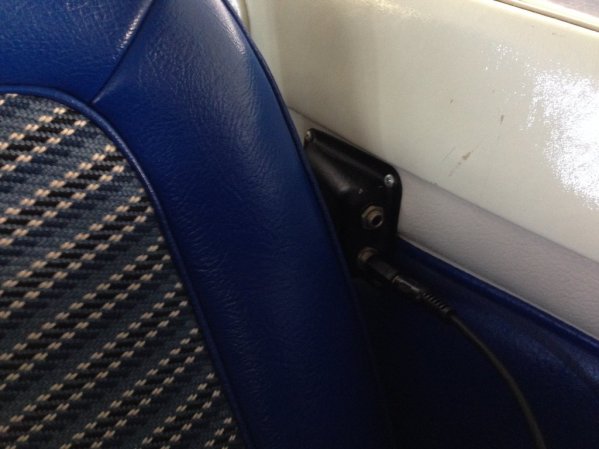 Gopro connected to the airplane´s intercom

Having 2 camera will force me to get a better editor and spend even more time editing the videos… 😉 The views are realy nice. This one was taken with the camera situated outside (Gopro Hero3 White): 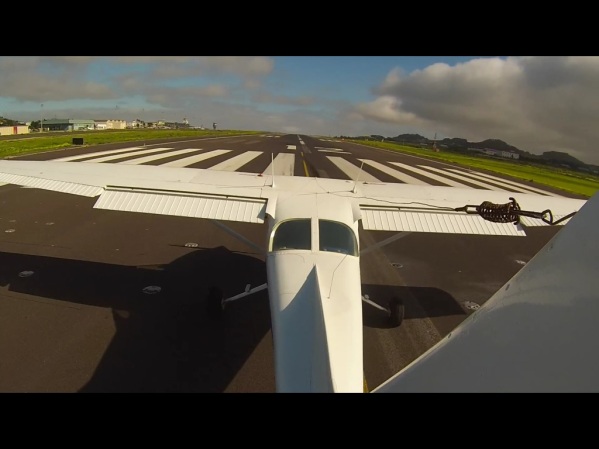 Cleared for take off RWY 12 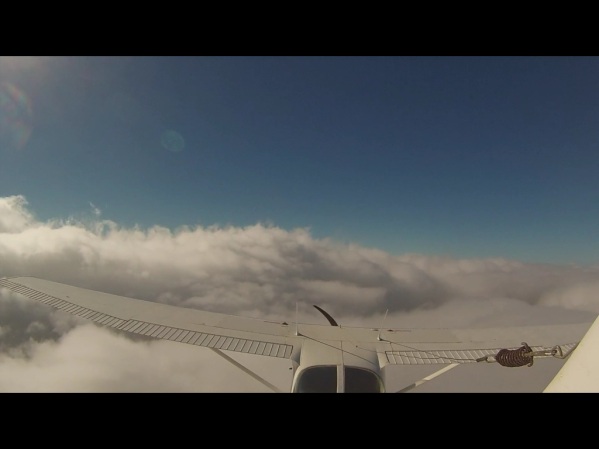 Unfortunately the battery died, so it wasn’t possible to record the landing… Inside, the Black+ made these pictures. I have to admit, that I preffer the look from Cessna/Reims, as the windshield is in one piece and it is not divided in 2 like at the Piper: 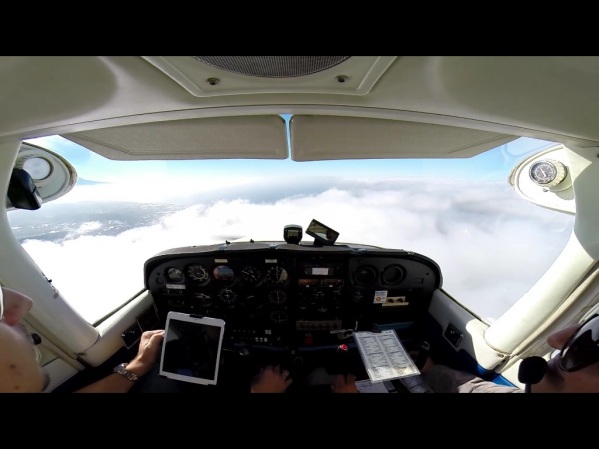 Besides this I took a lot of pictures above the clouds with my Iphone. The countryside gets so nice and green in the wintertime here in Tenerife: 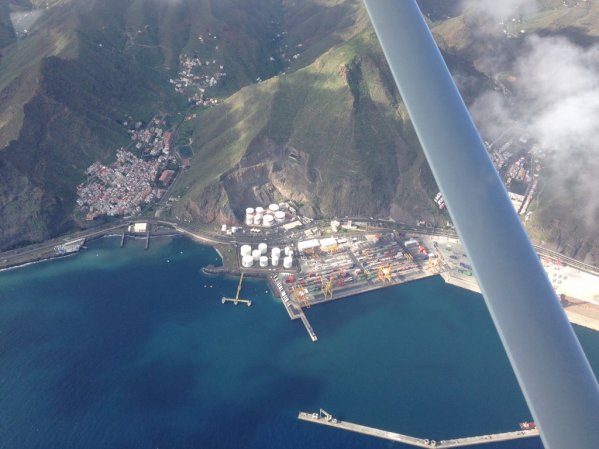 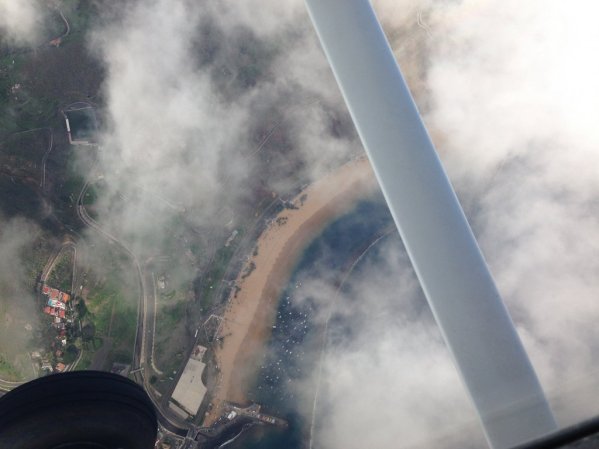 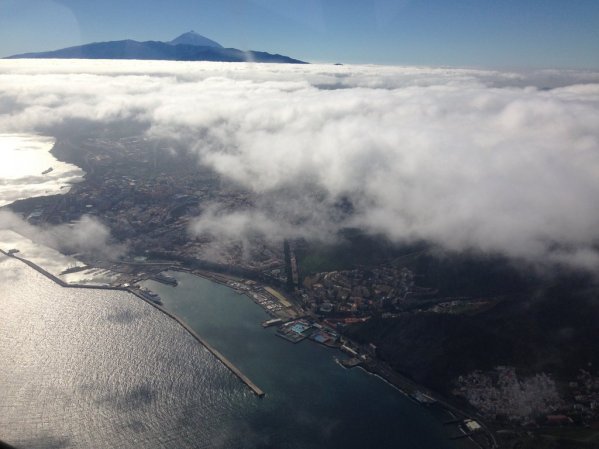 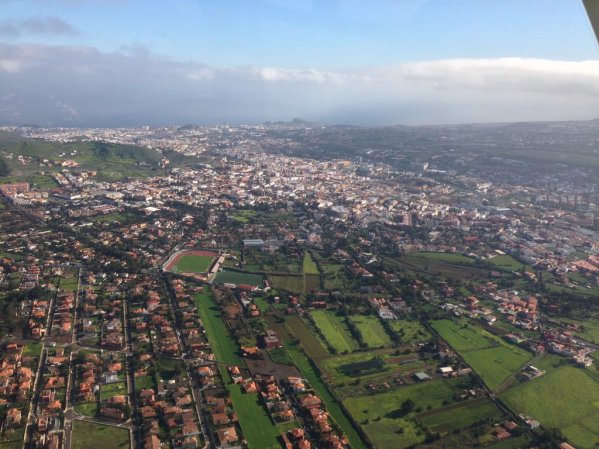 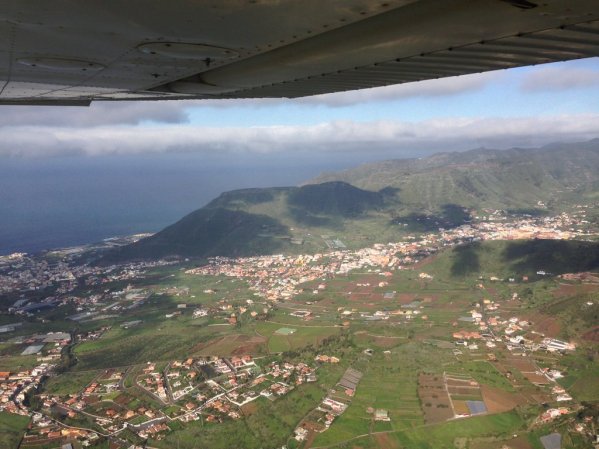 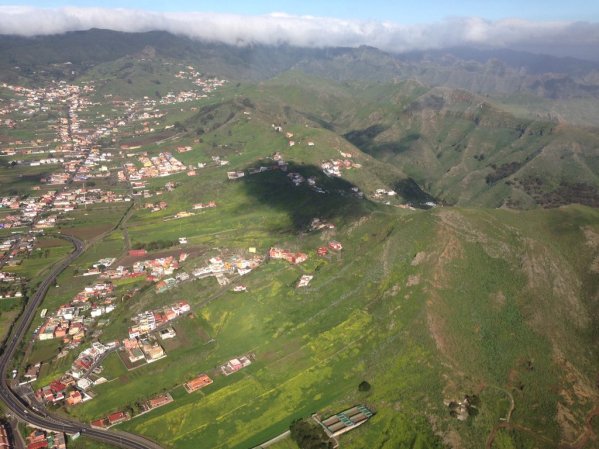 I have edited a 3 minutes long video of this short local flight with the 2 cameras on board. More staff will be comming 😉