I have been informed by a friend of my, that the Boeing 787 was due to land at Tenerife South Airport for the first time so I thought it would be better to not to miss it.

I was watching the flight on flightradar24 an was on time near the threshold of the runway 08 at the Tenerife South airport (TFS).

During the final approach the plane´s engine were very silent, it was a realy nice surprise. The weather conditions at the moment of the landing were CAVOK and wind 070/14 kts… 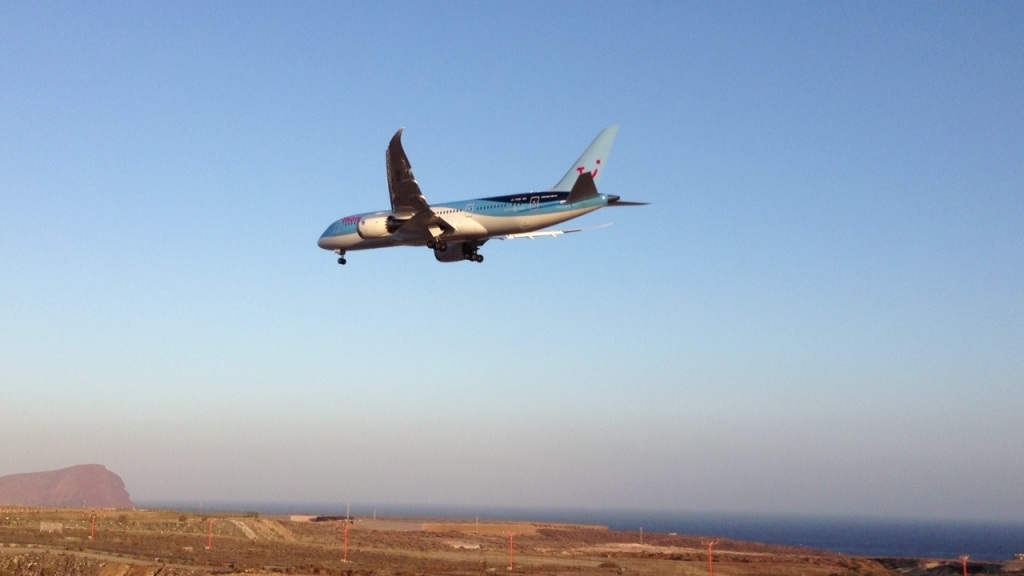 You can see a short video of the first landing at the Tenerife South Airport.